A Museum of Trees

A series of paintings and works on paper (drawings, monotypes, mixed media) relating to the presentation of the Tree throughout Art History. It is a visual history of painting from ancient times till modernism using the tree as a vehicle.
The tree has always been a typical subject matter and occupied a prominent part in Markos Kampanis’ painting world. In this series trees are seen through a different perspective. Real trees from nature now give their way to the trees in history, thus making history of art, the true subject matter of the paintings.
The series has been exhibited at the Athens Art Gallery during December 2011 and at the Cultural Foundation of the National Bank of Greece in Thessaloniki during April 2012.
Selected paintings from this group were included in the exhibition Ploes 25 at the Kydonieos Foundation in Andros during 2015 as well as in the international touring exhibition Myths, Memories, Mysteries shown in England and Greece during 2014-15.
See the catalogue as well as the exhibition leaflet . 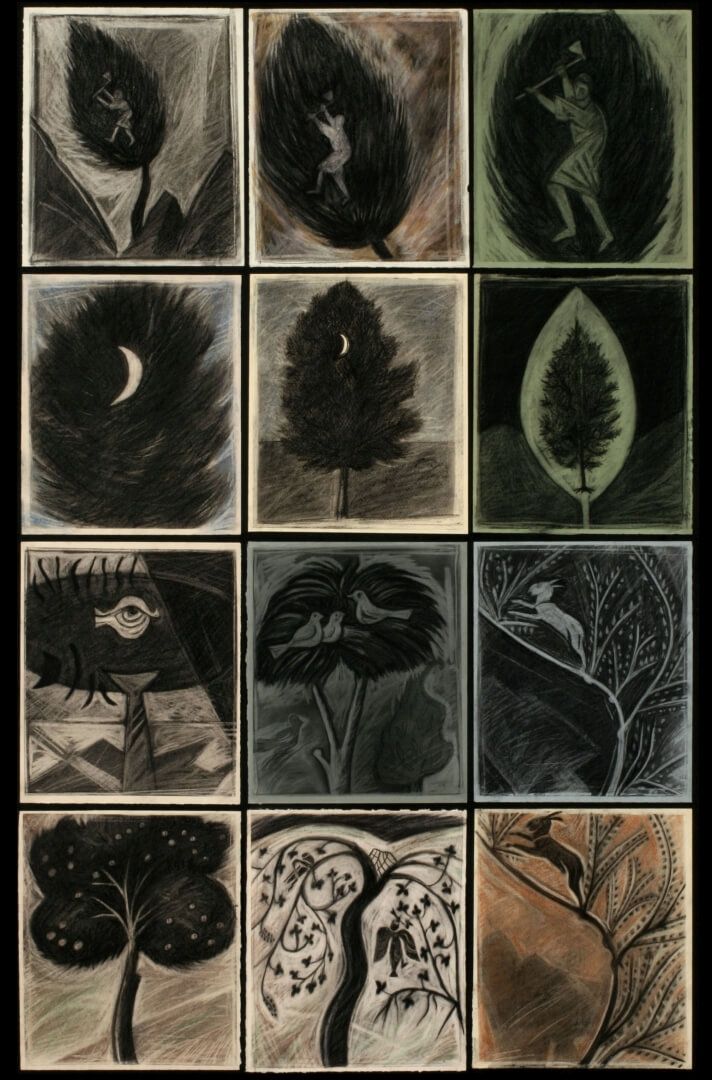 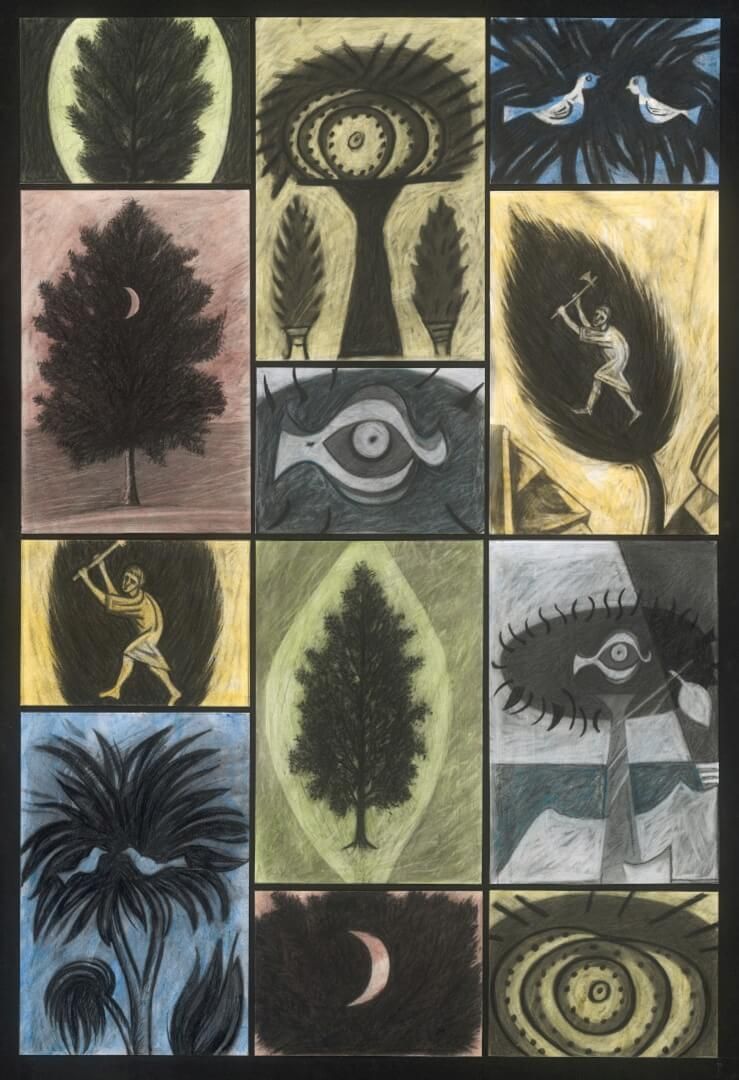 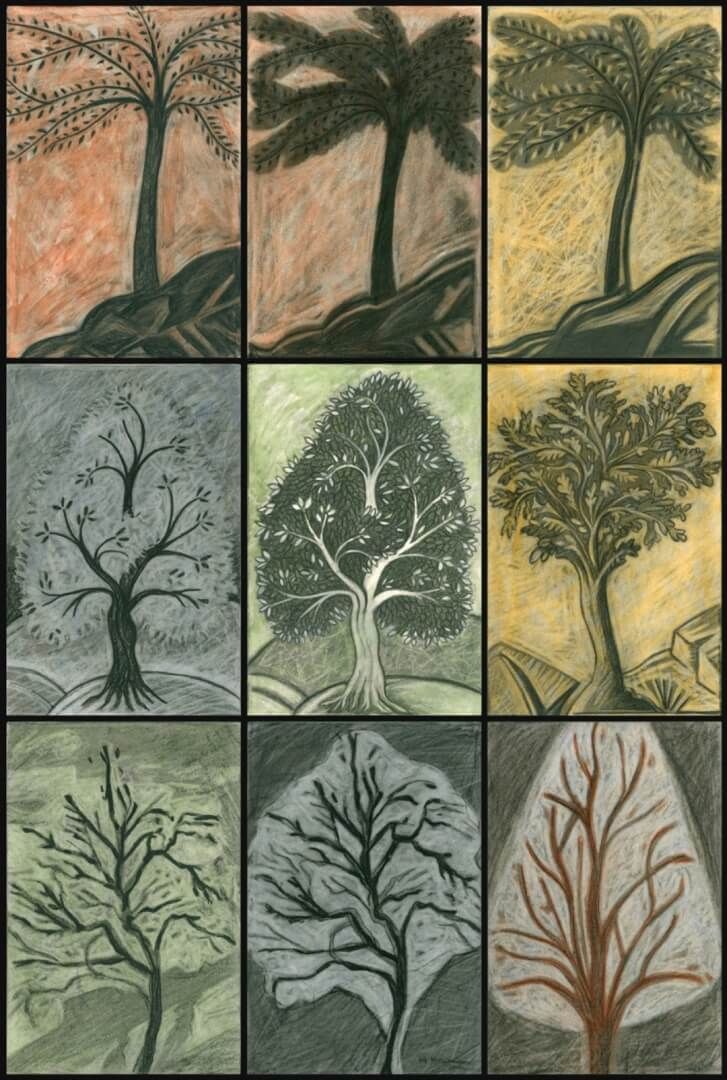 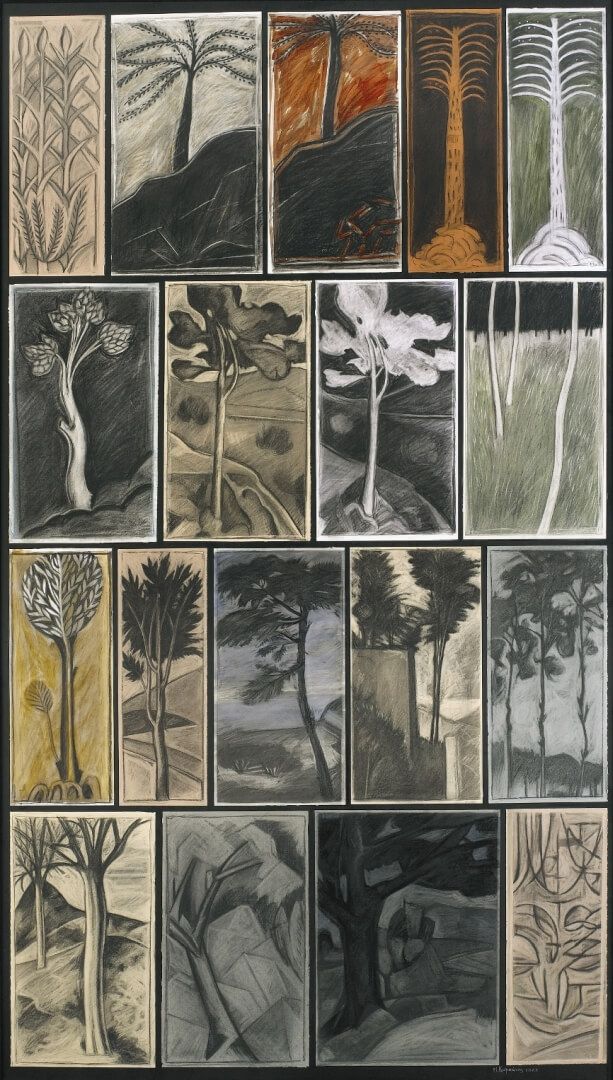 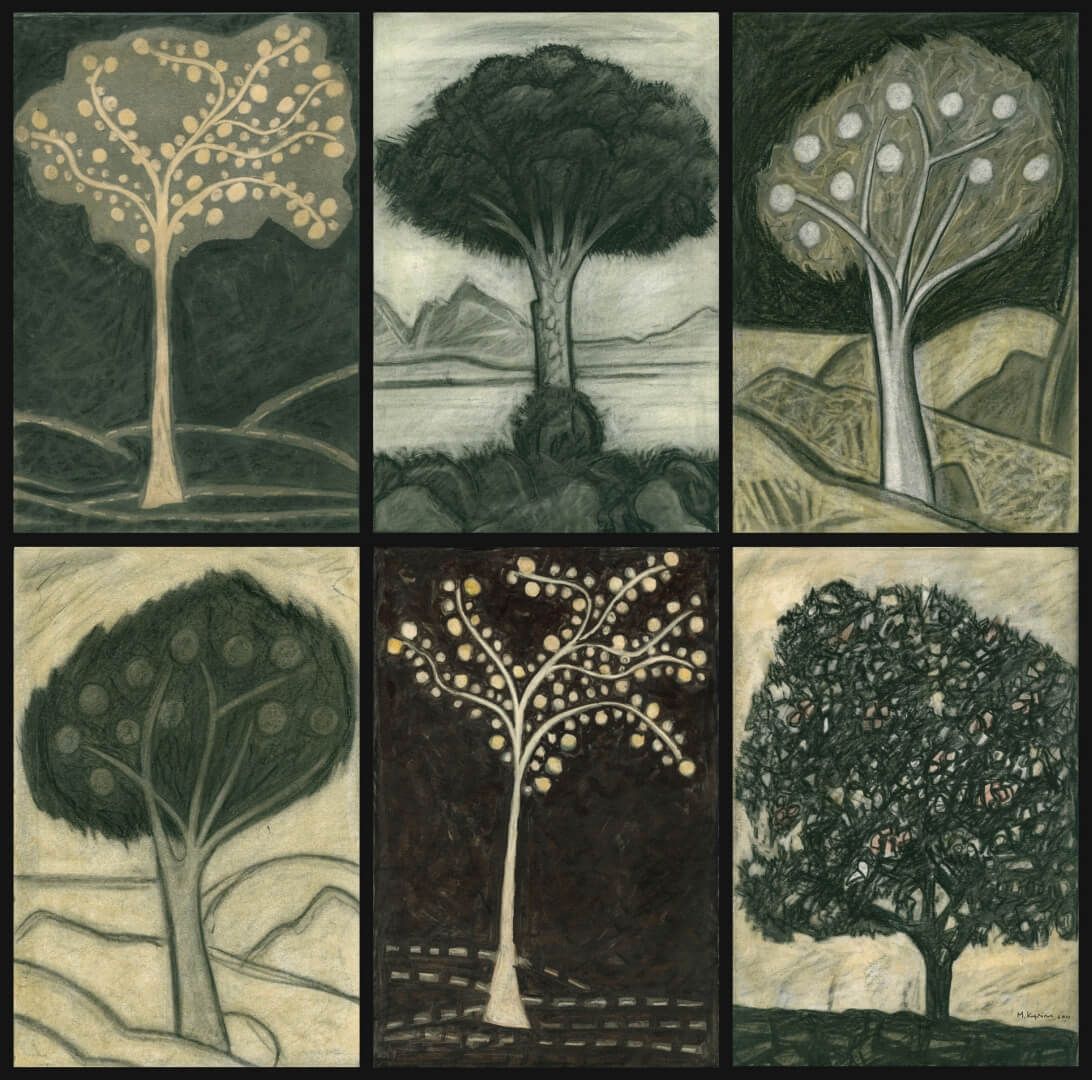 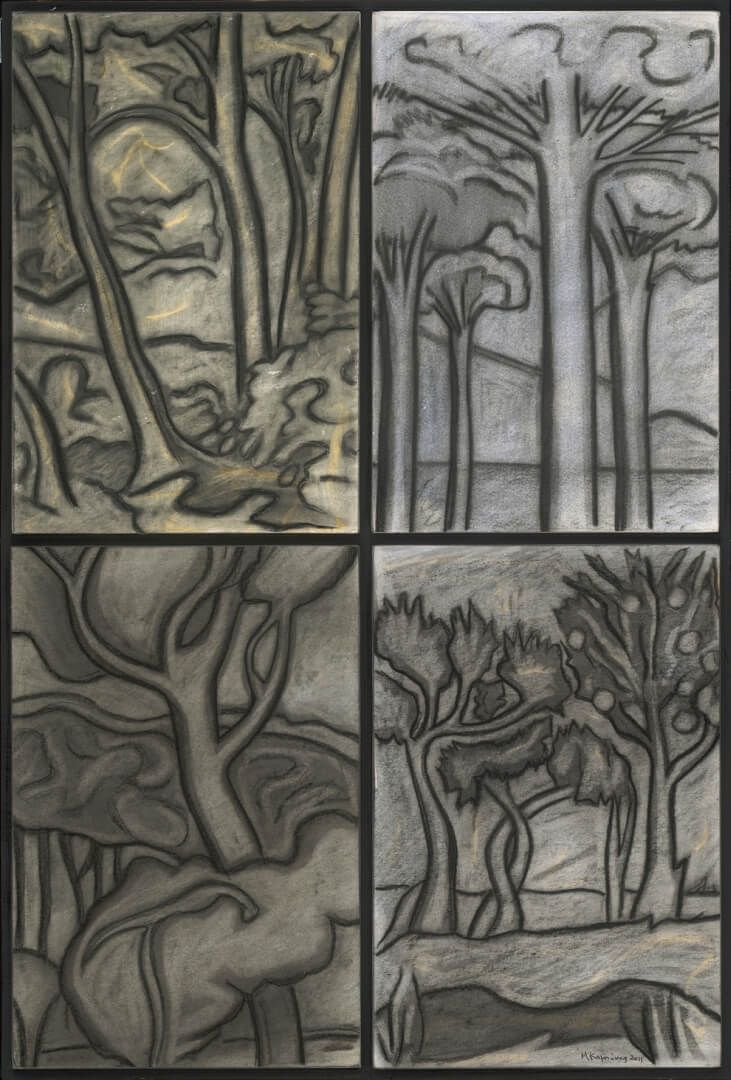 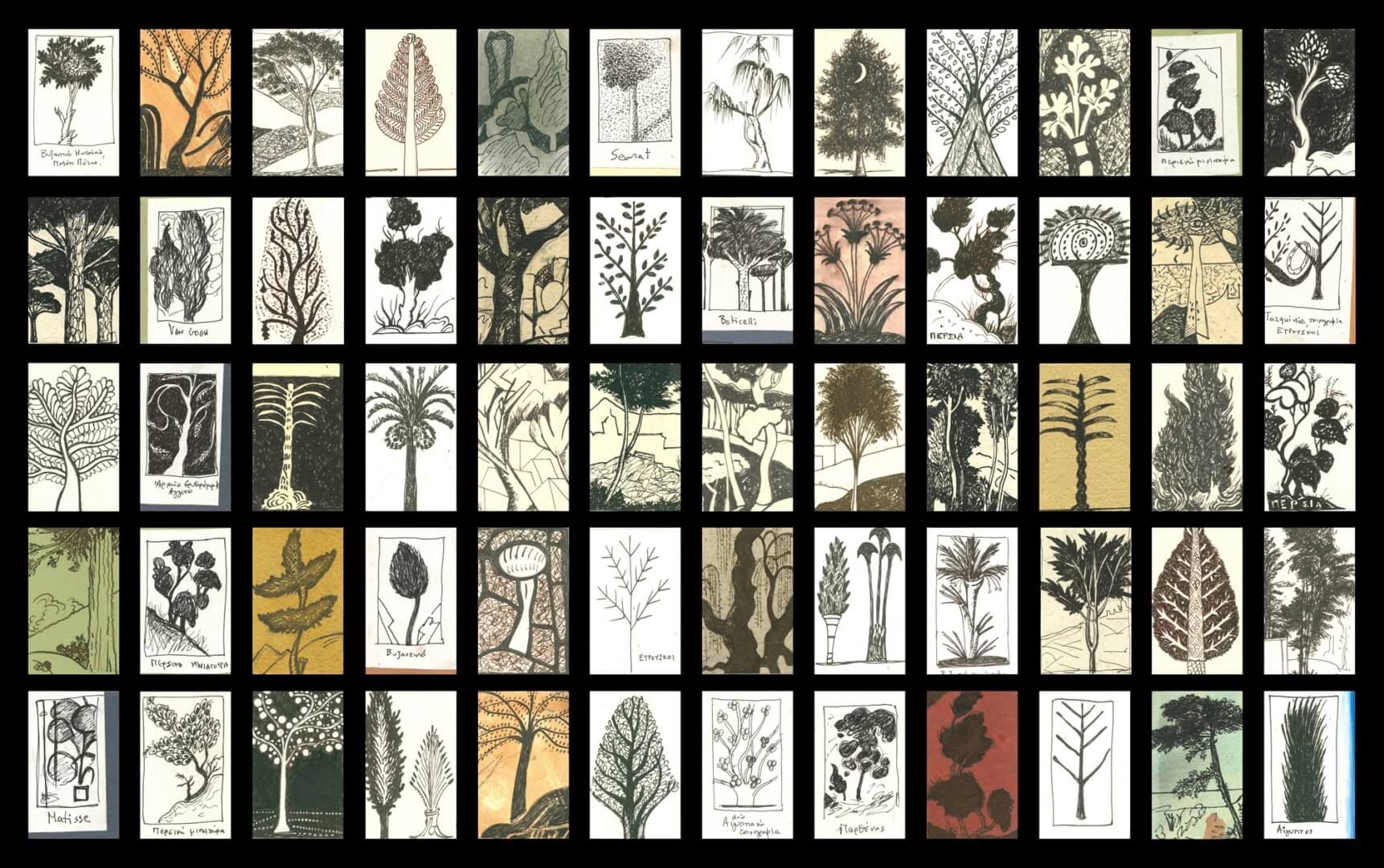 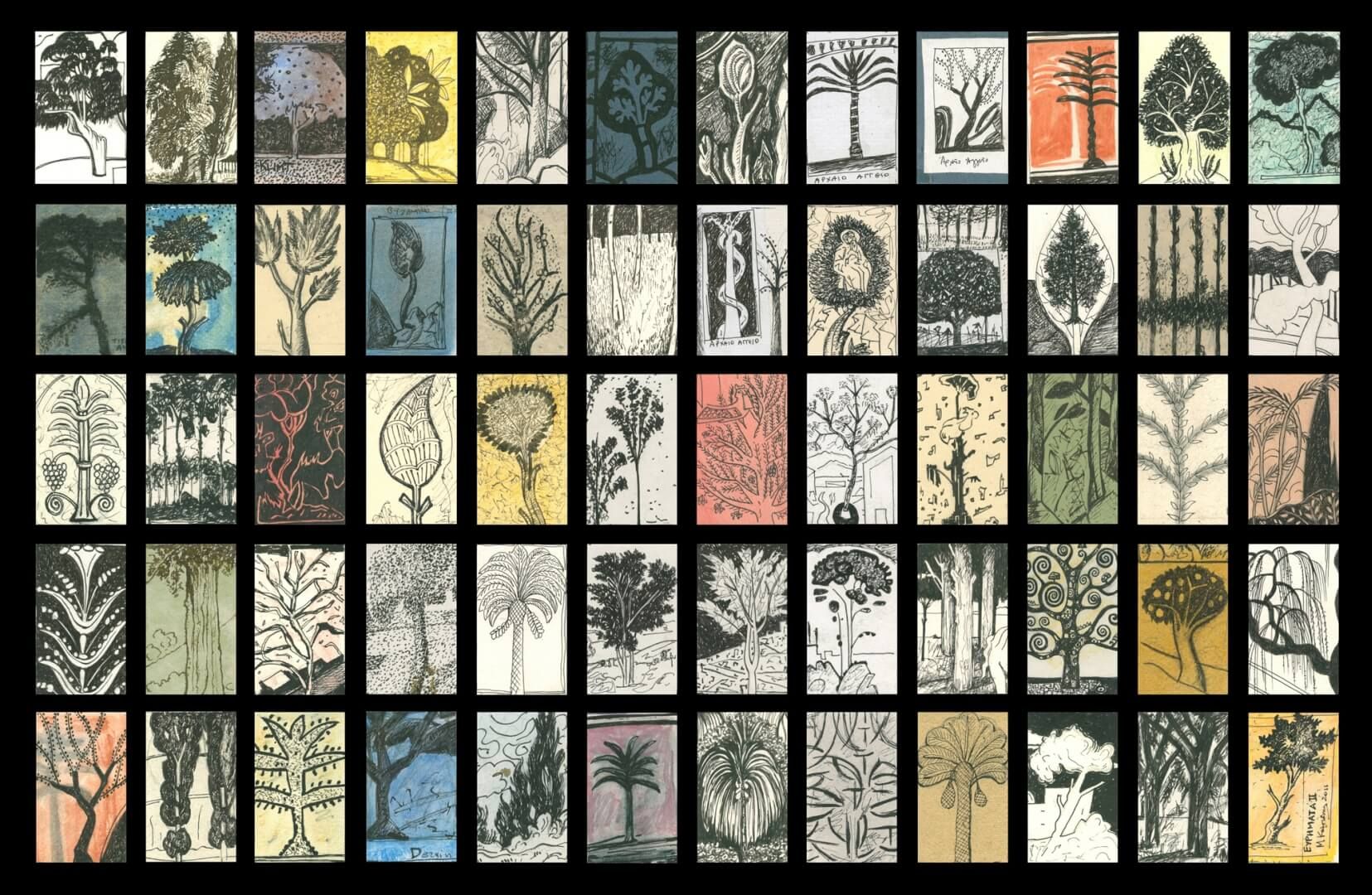 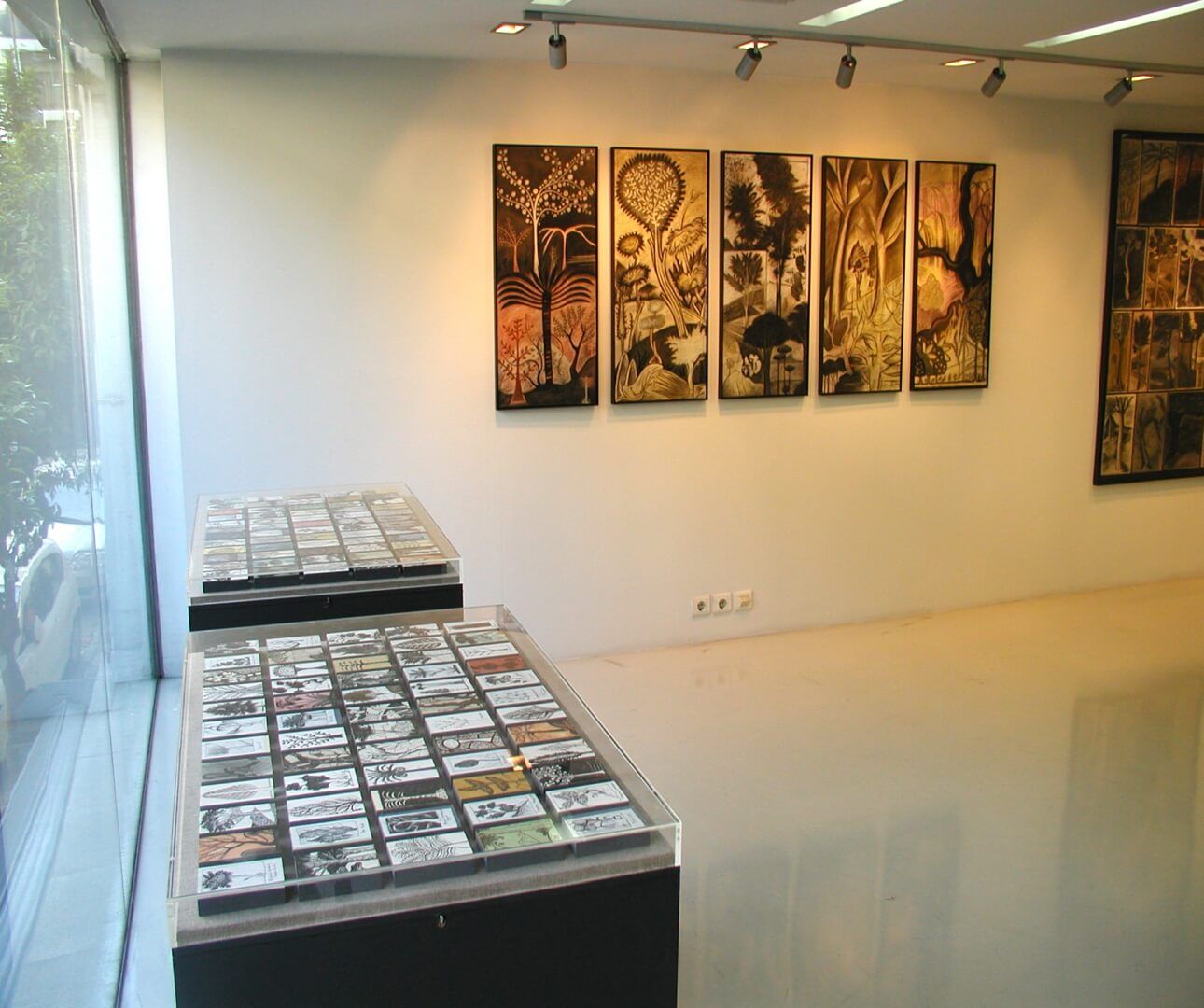 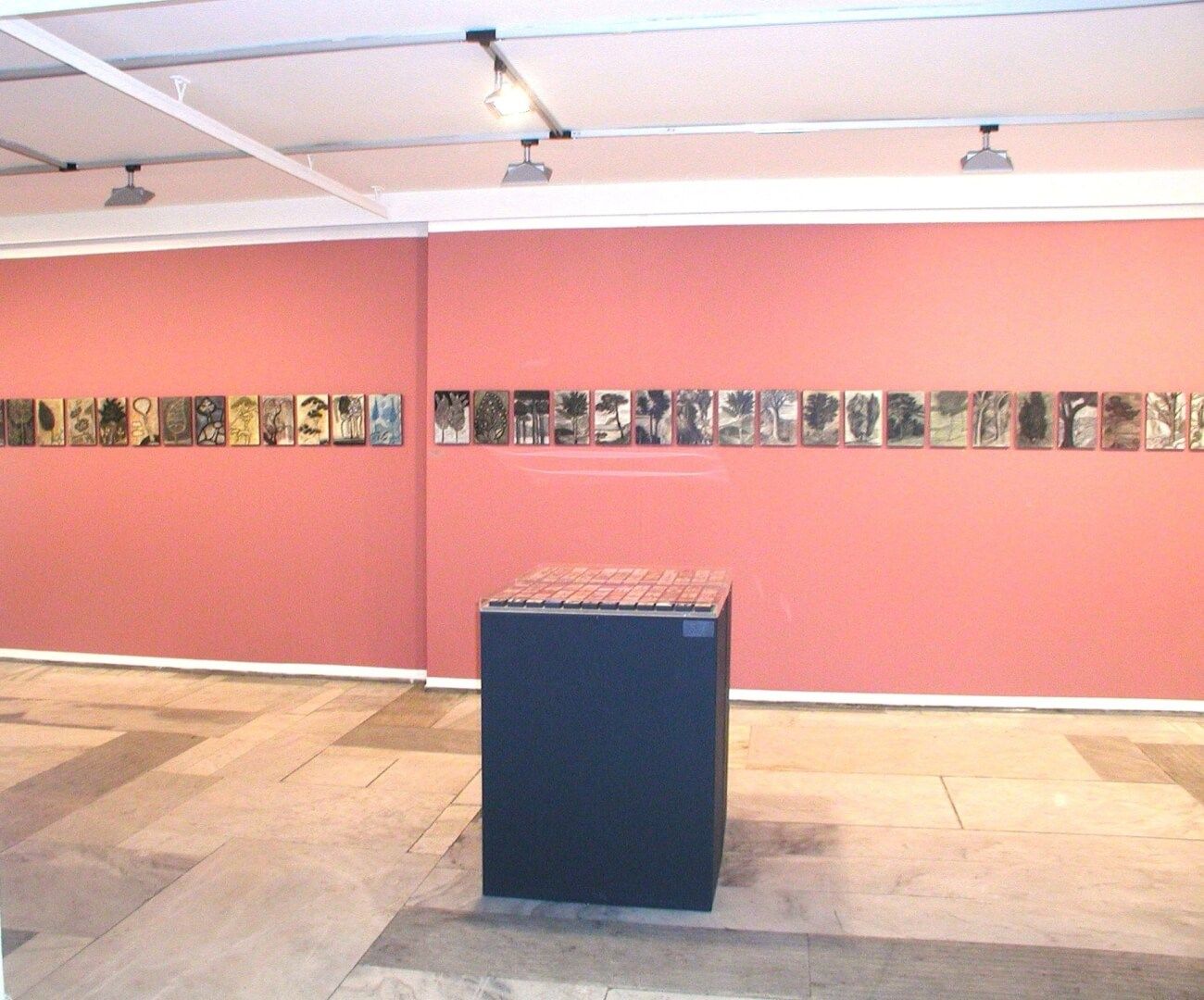 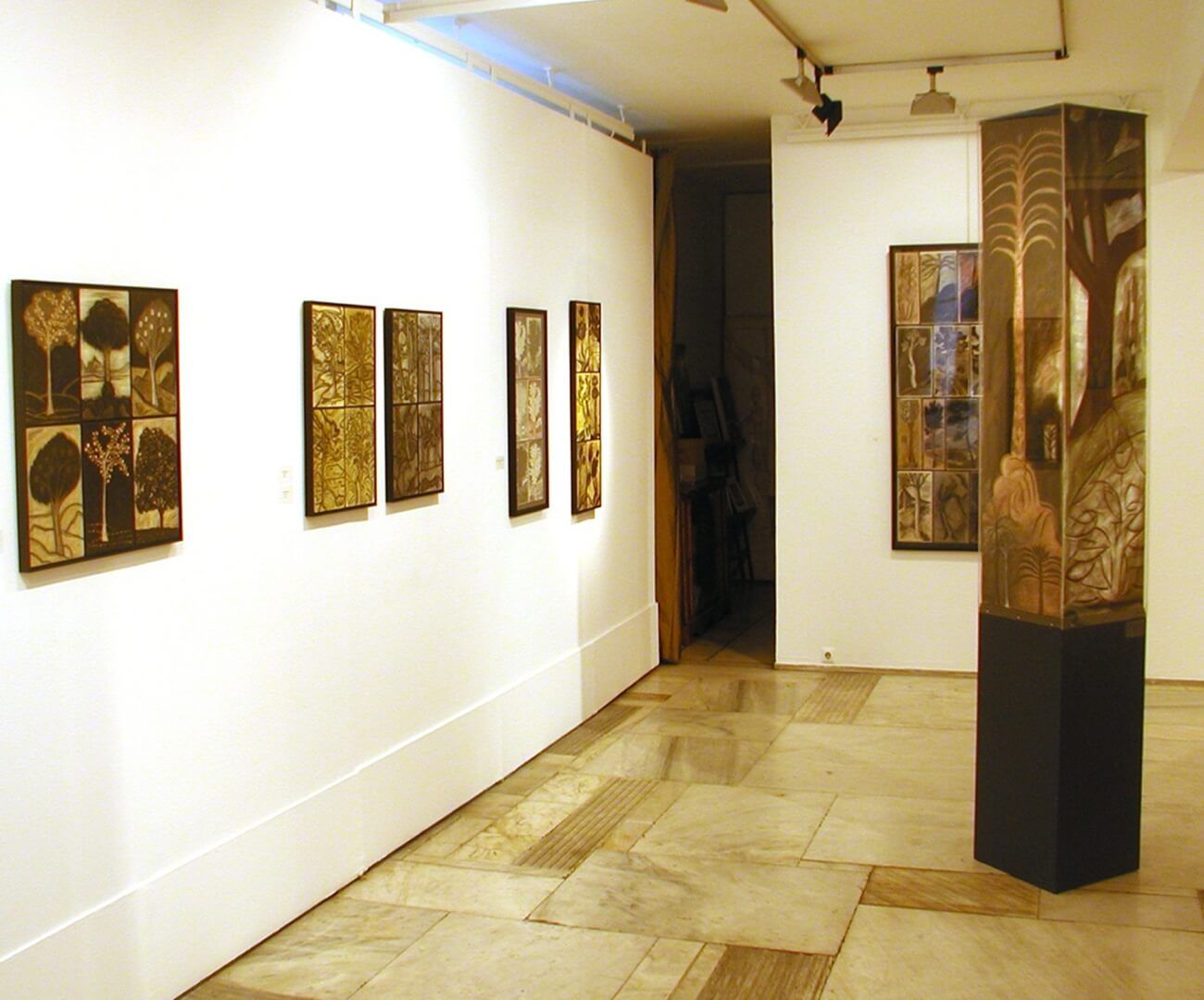